To understand what web 3 is we have to take a step back and formalise what was meant by web 2.0.

Web 2.0 was a term that was coined in the mid 2000’s to describe a new frontier of internet interaction being driven by three key technological layers of innovation: cloud computing, mobile devices and social media.

Sounds a lot like what we experience today, right?

Well, yes… but there is a potential paradigm shift on the horizon and like many technological advances it has been bubbling around for quite a number of years.

The paradigm shift that many think is about to occur is one where we move from internet centralisation (e.g. cloud from AWS, smartphone from Apple, Instagram from Meta) through to a decentralised internet that is human-centric and privacy-first, underpinned by blockchain technology to a create an open, trustless and permissionless web (or web 3 as some like to call it!).

You might have seen Jack Dorsey (ex-Twitter CEO) fighting on social media with Silicon Valley venture capitalists about web 3 recently… So is it just another buzz-word that pumps up the already large investments of the investor-class? Or is it the internet-native, democratising, decentralised force for good?

Let’s start with the absolute basics.

First, you need to know what a blockchain is…

I am going to keep this super simple. A blockchain is a ‘record of things’ that have happened (like a database), but instead of it being in one place (like a server room) it is distributed and the validity of what is on the ‘record of things’ is confirmed in ‘blocks’ by a computer-led problem solving discipline called cryptography.

Now, you need to know what a smart contract is.

Smart contracts are an agreement between two parties stored on a blockchain that run when predetermined conditions are met. They are broadly used to automate the execution of an agreement so that everyone is certain of the outcome, without any centralised intermediary involvement.

Next, Web 3 needs a ‘non-custodial wallet’.

What the hell is that? I hear you shout.

It is typically a browser extension that contains internet native tokens that allows you to individually sign and agree interactions and transactions with a site. A good example of this is Phantom Wallet on Solana or MetaMask for Ethereum.

When you create a wallet you are given a seed phrase, which you must secure offline, which acts as the recovery element available and pertinent to you as an individual.

Then you can add 2FA (two factor authentication) or link it to a hardware wallet to make the security as high-fidelity as possible. To allow self-sovereign interactions with the web to be signed by you.

Next you need a DApp.

So, now you have a contract between peers on a distributed network, a web or mobile interface that allows you permissionless access with the agreement and a wallet where you can sign-off the interactions… what can it be used for?

Where it could go in the future:

Let’s take a look at some interesting examples.

Enough of the technical chat for a moment, let’s look at some of the ideas that are appearing in the space: 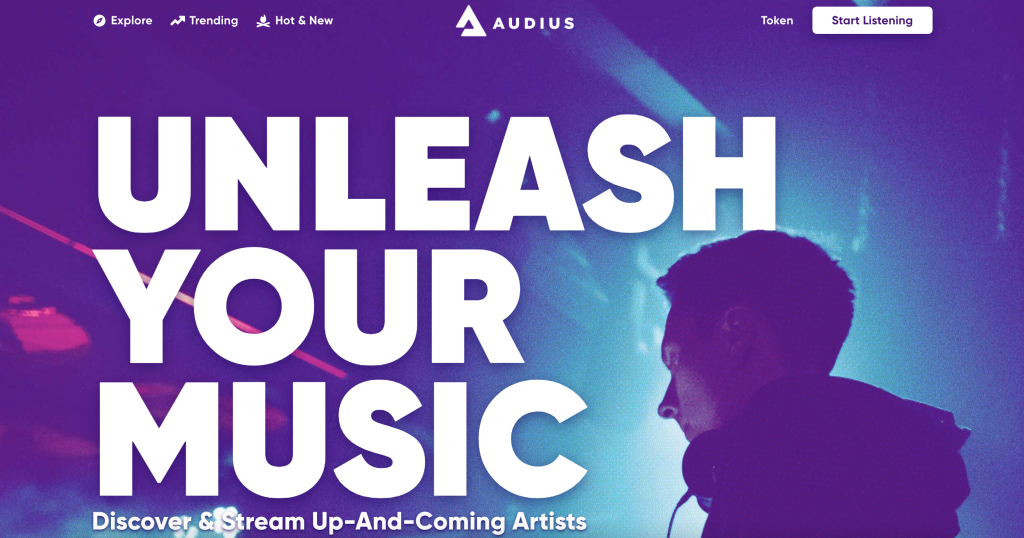 Many people don’t realise this, but even in the 21st century much of the revenue from the music industry still lines the pockets of intermediaries (88% of total revenues according to recent estimates). We all think that when an artist gets big, they are immediately wealthy… but they typically aren’t. They are in debt to their label and have many people skimming their earnings, when the money does come in.

Audius have created a web 3 platform, where there is a peer-to-peer exchange of value between artist and listener. Think about an on-chain version of SoundCloud, where artists can not only build a following but monetise their efforts.

Considering that they already have the artist deadmau5, alongside the co-creators of both EA & Twitch on their advisory board, they are probably onto something. 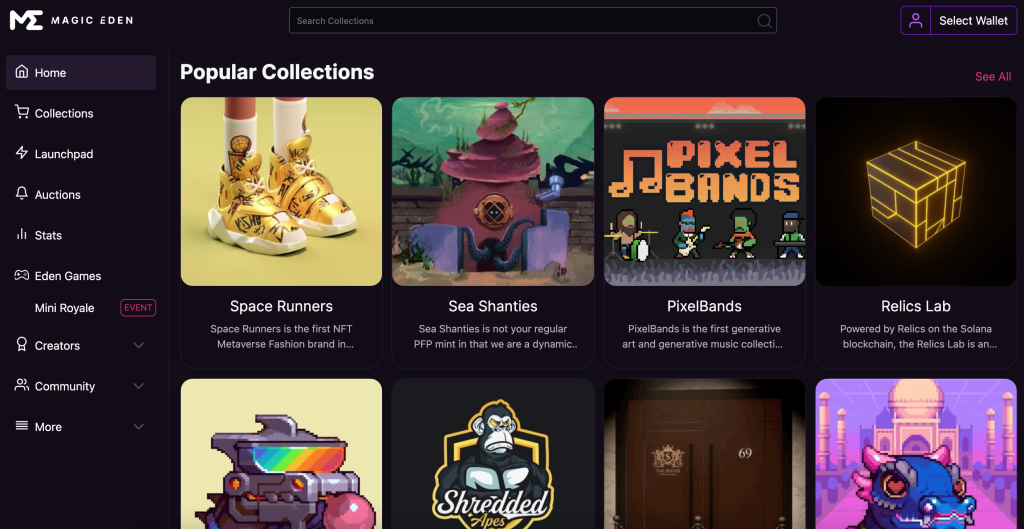 Regardless of your opinion of NFTs, they are driving the biggest footfall of users into the world of web 3. Creating, buying, collecting and selling digital art has never been easier, simpler or more secure.

Whether you are looking for a new profile picture or a unique animated digital art work, you can engage with creators directly, transact, store and stake your digital art in your non-custodial wallet… Like a digital version of the Paris temperature-controlled basements that hold a Matisse or two!

For anyone who has ever bought or sold shares in a FTSE company, you will know how slow, time-consuming and filled with middlemen the experience is.

Imagine a world where instead of selling your Amazon stock back into US dollars, then buying Apple stock with your USD. You just did a direct swap… in a world where machines talk to machines without the bureaucracy of the current paradigm.

Having said that… let’s talk about how web 3 relates to the ‘semantic web’.

“I have a dream for the Web in which computers become capable of analyzing all the data on the Web – the content, links, and transactions between people and computers. A “Semantic Web”, which makes this possible, has yet to emerge, but when it does, the day-to-day mechanisms of trade, bureaucracy and our daily lives will be handled by machines talking to machines.”

The semantic network model was developed in the 1960’s by researchers in the field of cognitive science and here, Berners-Lee is using it to explain the potential evolution of the internet in relation to the economy, citizenship and personal sovereignty.

But how does this relate to web 3? Well.

Think about the difference between a centralised network and a distributed network.

You need the permission to engage with a network (i.e. a good enough credit score to get a debit card with a UK Bank), you need trust to be instilled by third parties (i.e. your Google Pay, speaks to bank, speaks to iZettle, speaks to payment rails) and you need closed siloed technology (i.e. A card machine and a card).

In a distributed network, there doesn’t have to be a barrier to entry, the code has trust baked in and the technology is open source & transparent.

If that can also be largely automated, then Berners-Lee’s vision of “the day-to-day mechanisms of trade, bureaucracy and our daily lives will be handled by machines talking to machines.” … could well be realised. 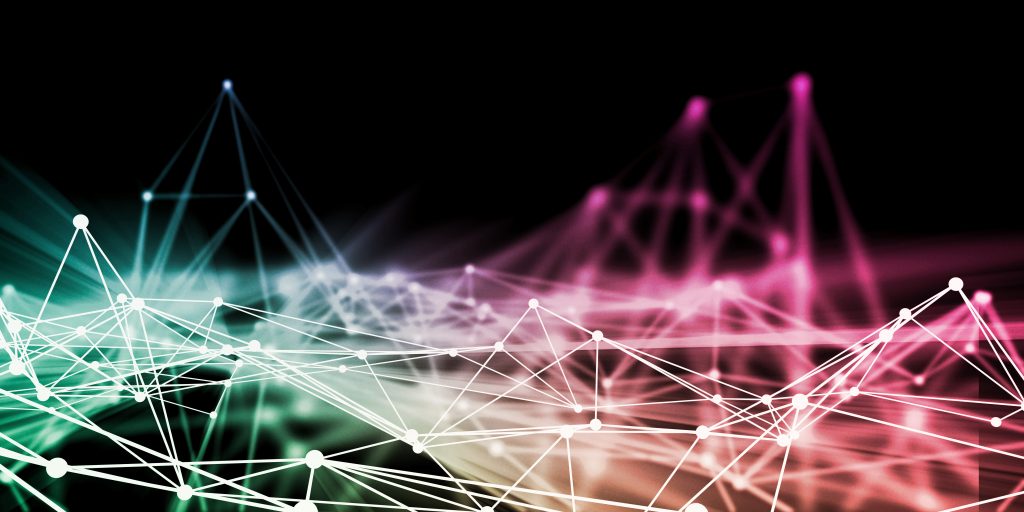 So, in conclusion, we will return for a moment to the question we posed at the top of the page:

“Is web 3 just another buzz-word that pumps up the already large investments of the investor-class? Or is it the internet-native, democratising, decentralised force for good?”

The answer is, it is probably both.

With big tech money investing in the ideas space, there will be financiers wanting large scale returns… but the outputs could (in theory) change how many people engage with the creator economy of the internet, with decentralised finance and decentralised autonomous organisations (DAOs).

So whilst it is still nascent as a concept, let’s embrace the technological advancements driving web 3 and watch out for the opinionated trolls who think the future is all wrapped up in a nice little web 3 bow.

Waracle are a team of industry leading technologists, passionate about developing mobile, web and emerging technology solutions. If you have a project in mind, or would like to learn more about what we do, get in touch with our experts today, and find out how we can help.

Is Technology Losing Its Voice?

How Immersive Technology is Revolutionising Healthcare