Stars sparkle like crushed diamonds strewn across dark velvet skies. Clouds of glittering breath rise from a snowy workshop, above a bearded man fumbling with his phone. Counting his blessings for the touchscreen compatible gloves Mrs Claus gifted him, he munched a mince pie and admired their new multi-purpose app.

“Everything starts somewhere, although many physicists disagree” – Terry Pratchett

As you huddle under covers for warmth, sneaking that extra 5 minutes in bed, spare a thought for poor old Santa on his busiest ever year. With 2 billion children anxiously waiting across the globe, North Pole HQ has embarked on a digital transformation to streamline the workshop-to-tree present process.

5 ways Santa has streamlined his service!

Santa is famous for his GDPR-breaking antics, but the naughty and nice list has now been consigned to the history books. As he is no longer handwriting his list, he’s saved weeks of frantic scribbling and reduced finger cramps by over 96%. In order to verify whether a child has been good, Santa uses his patented iBehaved App. With real-time scanning, our jolly benefactor surveys entire streets in one fell swoop of his carbon neutral e-Sleigh.

Festive data analysts have estimated that Santa travels over 510 million kilometers on Christmas Eve. With the added difficulty of new-builds, and many children moving home, Santa’s often struggled to ensure full coverage. By integrating dynamic mapping and tracking technology, the mince-pie-muncher effectively plans his entire itinerary and ensures no child is left behind. Working in partnership with Google, Santa is uploading his GPS data on Christmas eve, so you can track his progress by clicking here.

Billions of letters, emails, postcards, and wishes make their way to Santa’s sorting cave. The elves referred to it as paper-cut prairie, synonymous with the time-intensive laborious task of sorting, translating, and transcribing all of this raw data. It was one of the most difficult tasks at North Pole HQ (even leading to a black market where candy and favours were exchanged for a little reprieve).

The chaotic stress of dealing with 2 billion communications, in a cave originally designated for less than 50 million letters, was causing Santa’s hair to turn even whiter. The task was not sustainable, and he knew something had to change. Luckily some of his elves had just returned from an Augmented Reality hackathon, and had a secret surprise in store.

The elves created a wonderful app. By pointing the phone’s camera at any mass of words, the Optical Character Recognition converts all written and printed communications into a standard digital format. This data is then segmented and categorised. Each request is semantically analysed to gauge the writer’s intention. Naughty letters’ pleas are substituted for coal-shaped charcoal soap.

The elves were joyous and full of cheer. They sorted a billion letters in two-nights. No longer half-a-year.

Whilst soaring in the sky, Old Saint Nick had an epiphany. He remembered the days of his first Workshop when all the toys were made by hand. Although the industrial revolution, and adoption of Steam Power, dramatically boosted the output of Workshop 2.0.

Electricity came next, and early computerised mechanics allowed Workshop 3.0 to produce enough for an exponential growth in present demand.

As he explored the Clouds, stroking his white beard, he pondered a situation.

What if the computers could communicate with each other, and ultimately make decisions with minimal elf involvement? …

In that moment, the dream of Workshop 4.0 was born.

Embracing the Internet of Things and the Cloud, Workshop 4.0 is a fully automated workplace. Embedded sensors send alerts whenever they detect a breakage, or any other issue, allowing problems to be resolved immediately (rather than stagnating and getting worse). Digitised Christmas letter requests are fed into the machine and are automatically converted into fully wrapped bespoke presents. The industrial autonomy has greatly reduced the stress and workload of the elves.

Humanely running 24/7 as a sustainable workplace drastically increases output, and the elves have plenty of time to upskill and destress. There are even rumours of one plucky elf attempting to design a reindeer stable 4.0, to automate the smelly job of mucking out.

Managing a wide and varied workforce is never easy, and Santa’s winter workforce is no exception. After years of hiccups, mad dashes, and frantic frustrations, Mrs Claus was tired of always being called in to sort out the mess. Still reeling from a particularly stressful 2017, she vowed that for 2018 there would be ‘an app for that’.

After months of analysis, wireframes, and development, the Elf Resources app was finalised on the 23rd of September. One of its core functions is to utilise machine learning to analyse trends & patterns to perform predictive analysis. Allowing Mrs Claus to relax, with a hot cup of coco, as she makes informed data-driven decisions on staffing, sickness, and communications.

Her app has multiple comprehensive analytical dashboards. A digital Swiss Army knife. She could track each elf’s personal development plan, and ensure they had access to the right training at the right times. A simple tap opens up a messaging screen to the individual elf.

The predictive data analytics aid in scheduling, allowing shifts to always have a few extra elves at the ready. The AI automatically identifies bottlenecks throughout each process. Reallocating the workforce dynamically to provide the maximum potential for success.

Mrs Claus has rated the app 5 star, and it has already won an Elfie. The digital transformation of the North Pole HQ, coupled with the efficient Elf Resources App, has increased creative productivity tenfold. The elves have time to nurture their unique hobbies and interests. The social cohesion of the workforce has never been higher.

The busy elves at Waracle would like to wish you all an amazing festive period. If your business is ready to embark on a revolutionary digital transformation, just like Santa Claus, please click here to start the conversation.

Keep up to date with out latest thoughts

Get our latest new, insights and resources to your inbox

By submitting this form you agree to the storing and processing of your personal data by Waracle as described in the Newsletter section of the Privacy policy.

We have sent a confirmation to the email address provided.

Kanban in a Programme Setting 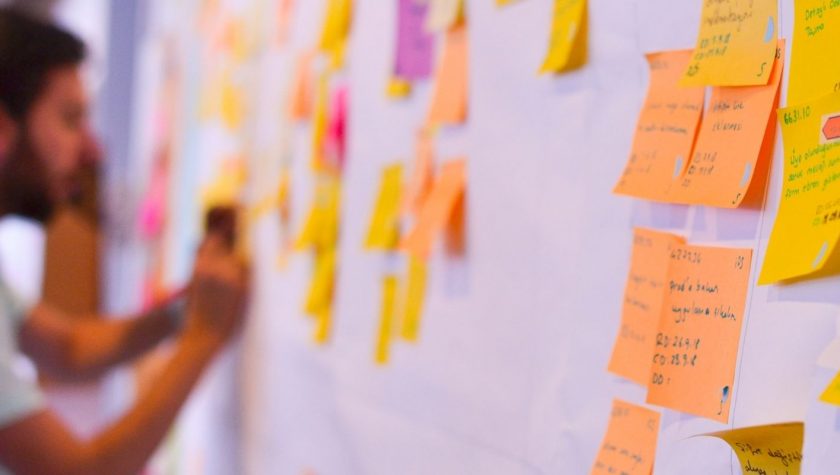