Sometimes you just need an idea! That was the ScotlandIS theme for ScotSoft 2017. But, is having an idea actually enough?  As anyone in technology will tell you, it’s better to try and fail fast. This is much better than pondering over an idea for too long.

The speakers at the developers conference clearly had an agile approach to developing their ideas. So much so that it was fascinating to hear how they each had succeeded at taking their idea to a prototype.

And, when it came to the Awards in the evening, it was even more fascinating to hear how the young software engineers had the capability to develop their ideas into software.

With 18 sessions throughout the ScotSoft 2017 conference covering everything from platforms and cloud, to data and analytics, to AI and robotics, to mobile and security, there is no doubt that the technological talent in Scotland is quite varied and pretty phenomenal!

Trying to select only 6 sessions was a challenge. It brought about a fear of missing out on other sessions that would be running simultaneously!  So, from the sessions we attended, we took away 3 key takeaways and here’s what we, at Waracle mobile app developers, think you need to know from ScotSoft 2017!

Data management is what makes your idea take-off!

Every session mentioned the value of gathering and analysing data, but none more so than The Data Lab and NHS National Services Scotland (NHS NSS) session on a risk prediction tool for delayed discharges.

It was extremely interesting to hear the work which had gone into using real patient data to create a risk assessment tool. In fact, a tool which is being implemented in the near future.  The NHS NSS is using data science to develop new insights to improve patient care and outcomes.

Richard Carter from The Data Lab and Jonathan Cameron from NHS NSS explained their approach to collecting data from cradle to grave. They spoke about exploring this data and how they developed their idea into a prototype app.  It looks simple to use but the hard work of analysing the data is evident.  Contributing factors to delayed discharge such as dementia, diabetes, cancer and other health conditions such as epilepsy have all been explored to create the model.

Tackling delayed discharges from hospitals would not be possible without this close collaboration between the Data Lab and NHS NSS and the Scottish Government.

IoT and connected devices are everywhere

Joe Shanley, Senior iOS Consultant at Waracle surprised the audience in his sensor networks session with this statistic:

By 2022, the average home will have more than 500 connected devices.

With that number, just think about the data that can be gathered and managed from these devices. It’s already happening thanks to the Internet of Things (IoT) and related wearables. We now have smart homes, smart transportation and even smart cities. But, just imagine if your home could look after your health. What a great idea! An idea that the team at Waracle has progressed!

Joe described various scenarios where the Waracle team have taken ideas from theory into prototype for a smart home healthcare system. Identifying behaviour patterns and collecting data from sensor nodes meant he was able to train a predictive model. This is only the beginning with planned added features for plant watering, motion detection, sound and light tracking – not to mention what your dishwasher, microwave and washing machine will be able to indicate about your health!

Scotland is leading the way in healthcare innovation

So many of the sessions covered the use of digital technology being put to use in healthcare. Given our interest in digital health, we were excited for Dr Katrin Lohan’s session on reproducing human robot interaction.  From the Edinburgh Centre for Robotics which is linked to Heriot-Watt University, Katrin spoke about overcoming the novelty effect of robots and how we need a strategy to allow us to teach robots new tasks and responsibilities.

Dr Lohan spoke about how to create a teaching environment for robots and humans to interact together. And, interestingly from a digital health perspective how robots can be used with Autism Spectrum Disorder (ASD).

Danny, “the avatar” can use eye tracker feedback to respond to a child’s eye movements and follow their gaze. This non-invasive and portable robot is helping with ASD diagnosis.

Like this bot helping with ASD, across many sessions, there was a clear theme of using digital technology to improve the lives of those with other conditions such as dementia. In particular, many spoke about using technology to track older people in their homes to help ensure their safety.  Examples included shoe insoles that track and monitor falls to a whole load more healthcare innovation including voice technology which we know is of interest to Dementia TechToolbox team.

When it came to the evening Awards ceremony, these 3 themes were running through all of the undergraduate software projects!  Speaking with our table hosts from Bright Purple, we agreed that the Nominees for the Young Software Engineer 2017 Award and their use of data, IoT and applications in healthcare was outstanding!

With projects ranging from IoT projects including sensors to replace complex keyboard sequences (Gala Malbasic, University of St Andrews) to digital health (Orisa Ngampakdeepanich, University of Edinburgh) for her project developing an app to stimulate play-based learning for children with autism spectrum condition. On a health related theme, Irina Camilleri, University of Strathclyde showcased her innovative mapping technique for cyclists using sensor based crowd sourced data. And, what can we say about Amy Parent, University of Abertay for developing a reusable technology system for high-altitude balloon missions used by meteorologists and researchers!

Congratulations to all Young Software Engineer 2017 nominees and winners and thanks again to ScotlandIS for putting on another great technology event! As one of the UK’s leading mobile app development, IoT and digital solutions companies, Waracle, part of Exception, understands the way that business responds to ‘being mobile’ will significantly influence future success.

And, in the words of the after dinner speaker, Frank Dick, OBE, remember “you are each unique in all of time”, so what will we do? Turn possibilities and options into decisions and actions!

If you’d like to discuss your mobile app or IoT project, why not contact us today. Operating across the UK and Europe, we have the skills and expertise to help you innovate faster and deliver world class mobile app and IoT capabilities. 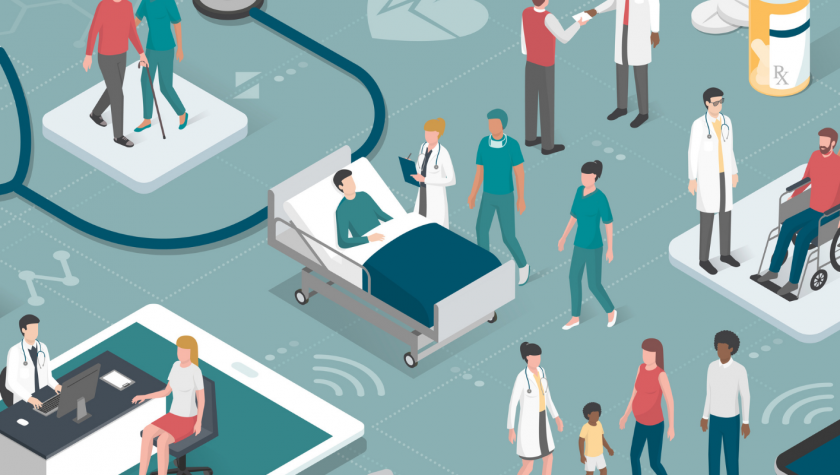 The near future of remote healthcare solutions